By Site Owner
In Lifestyle
Views (554)

What is Fair Trade?

The trade between companies of developed countries and the producers in developing countries that comprises trade deals in which a fair amount of dues are paid to the producers is called fair trade.

In a fair trade, the companies of developed countries have to pay a decent income to the producers in developing countries so that they can live up to the standards of life.

Fairtrade eradicates the injustice of conventional trade, where discrimination for poor and weak producers is seen. By paying sustainable prices, prices that never fall below the market price, fairtrade enables the producers to improve their position and to gain more control over their lives.

What is the vision of Fairtrade?

Fairtrade is a unique way of facilitating the lives of those people who grow the things we love. The vision of fairtrade is to produce a world where all producers can enjoy a secure and sustainable livelihood.

What’s the mission of Fairtrade?

The mission of Fairtrade is to connect the poor and weak producers in the developing countries with the consumers in order to promote fair trading conditions.

The main focus of fairtrade is to empower farmers and workers to fight their poverty and strengthen their position so that they can take control of their lives.

What are the standards of Fairtrade?

Fairtrade has specific social, economic, and environmental standards for both companies and workers.

For farmers or producers of the developing countries, these standards include the protection of worker’s rights and the environment.

While the standards set for companies include the payment of Fairtrade minimum price.

How can I find a Fairtrade product?

The department of Fairtrade keeps a check on the farmers, workers, and companies involved in the supply chain of a particular product that wether the standards are being maintained or not?

In order to assure the end-consumers that all standards are met properly, a trademark of Fairtrade is issued to add on the product and packaging. That trademark looks like this: 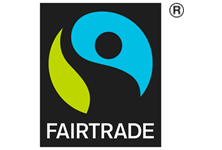 A brief history of Fair Trade

The Fair Trade movement began in the 1950's when Europeans and Americans travelling to different countries found out that local artisans and farmers were finding it difficult to cope with the expenses of their businesses.

Among these travellers, there were some people who would purchase some of these products and return to Europe or the US to sell them for a higher price, then bring the profits back to these struggling workers.

There was no way to confirm if the profits really went back to workers. In order to assure that Fair Trade USA founder Paul Rice, created some standards that could govern the way that Fairtrade is being monitored across the globe. This initial of Rice served as the foundation for what we now know as Fair Trade Certification.

In 1997, Rice founded Fair Trade USA, bringing the certification model to large companies. The organization began to educate corporations on why it was important to sell ethical products under Fair Trade terms.